In 2014 Wilson revisited Afghanistan as an official war artist, tasked with recording the British troops' final operational tour. The resulting exhibition offers a unique perspective on a much documented conflict, allowing a rare insight into the process of withdrawing from a war zone. In each of the pictures, Wilson captures the essence of the human and logistical challenges faced during the transfer of responsibility and withdrawal, including many never-before recorded sights both on and off base. Images include a soldier sculpting a metal rose from shrapnel for a loved one back home, intimate glimpses of life in the camp and beautifully composed portraits of the men and women preparing to head home.

Pic Caption: Robert Wilson reflected through on of his portraits of an un-named Afghan National Army Trainee Officer. 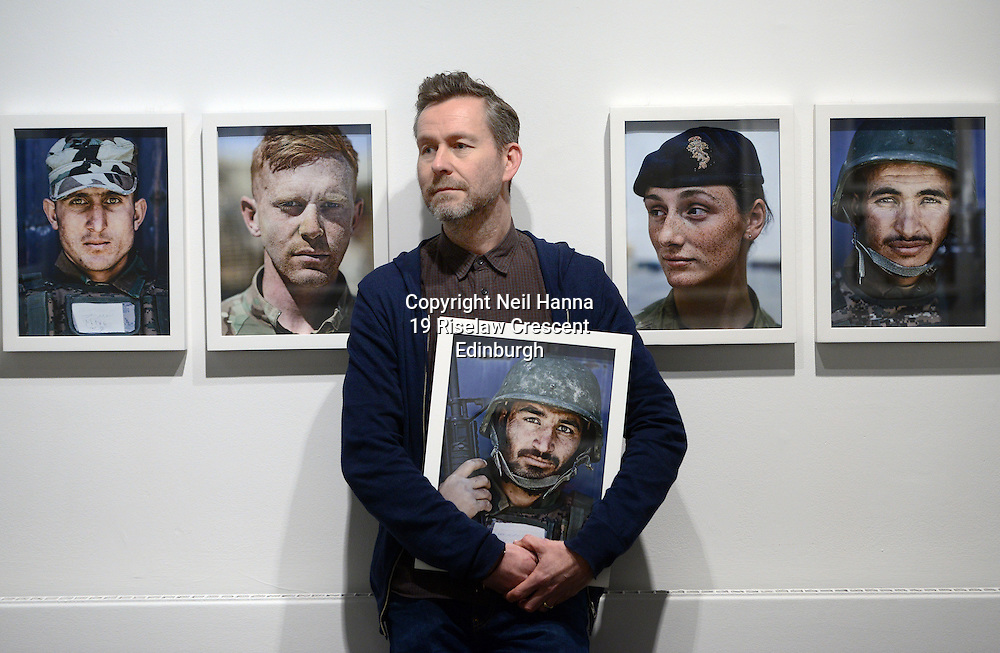